Accessibility at Dracula
Information to assist your visit
Dracula

Professor Van Helsing, a notable expert in the occult, arrives at the estate of an old friend, Dr. Seward, amid whispers of gruesome attacks and strange goings-on. Seward’s fiancée, Mina, has recently died of a sudden and mysterious illness, and Mina’s friend, Lucy, has begun to display the same symptoms. Could it be that Mina, and now Lucy, have suffered at the hands of a vampire? How will Van Helsing and Seward fight this supernatural fiend? 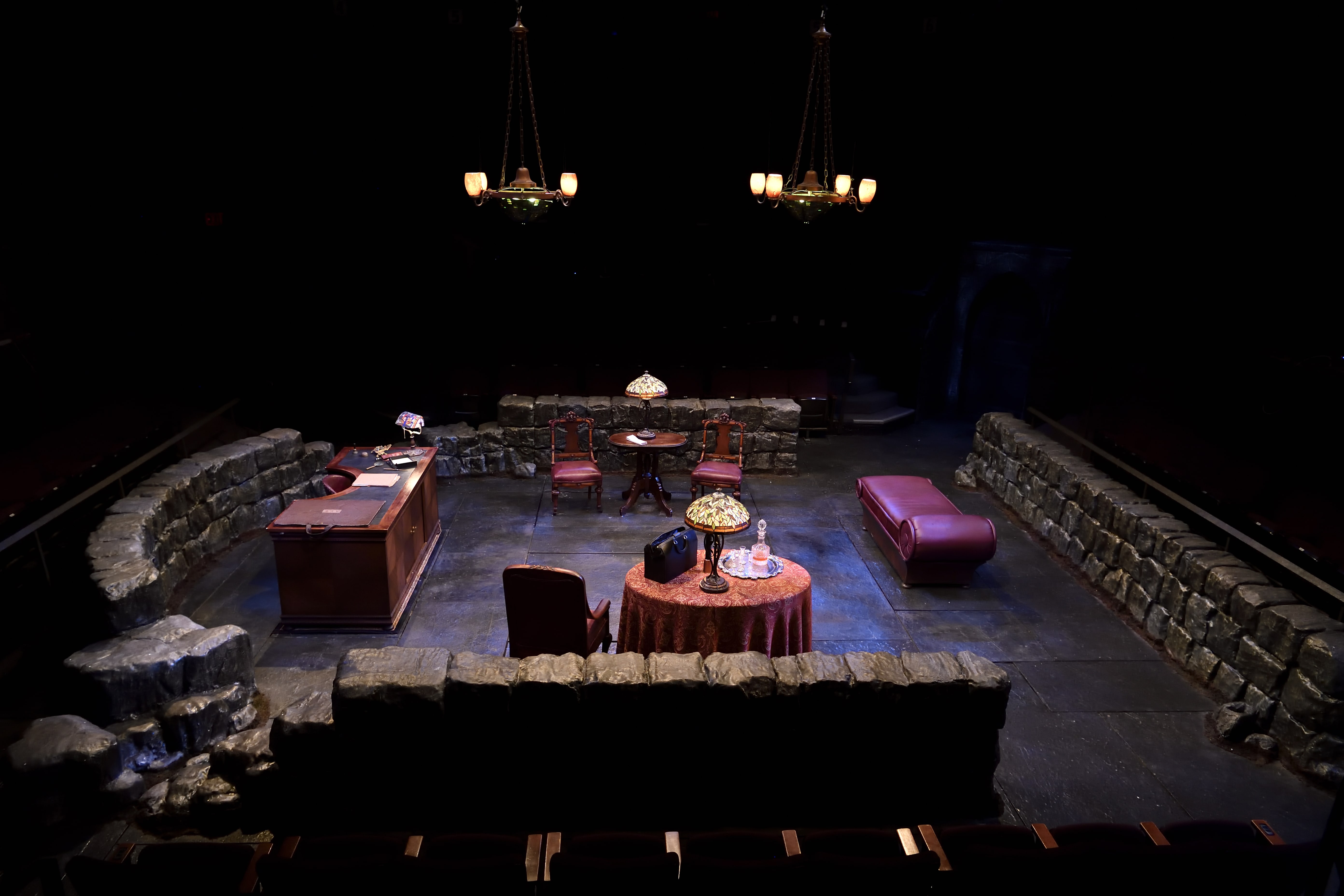 In and around Dr. Seward’s sanatorium in Purley, England, and Dracula’s Castle in Transylvania. 1893.

This show includes effects such as fog, traps moving in the floor causing sudden changes to the stage, noise and strobe light mimicking thunder and lightning, the use of fire, simulated explosions, gunshots, use of fake blood, wolves howling and the use of flashlights in the dark. Violence includes fighting and physical combat that may be accompanied by bloodshed. Content includes suicidal intent and murder. Characters frequently move throughout the theatre and interact with the audience in ways that can be scary or surprising. When characters are possessed, their voices will become distorted and their movements will become strange to mimic them being unable to control their bodies. During the show, characters are in emotional states during which they may scream or make a lot of noise, including slamming doors and slamming items on surfaces.

Dr. Seward — Head doctor at the asylum; mourning the death of his fiancée, Mina.

Count Dracula — Dr. Seward’s new neighbor; recently moved from Transylvania. His actions are creepy and hypnotic, and his cape movements can be showy.

Jonathan Harker — Lucy’s fiancé; he went missing during a trip to Transylvania.

Renfield — Unpredictable psychiatric patient; receiving treatment from Dr. Seward. He frequently screams and has meltdowns, but he can also be funny.

The Undead — Vampires under Dracula’s control; chase others and feed on their blood. 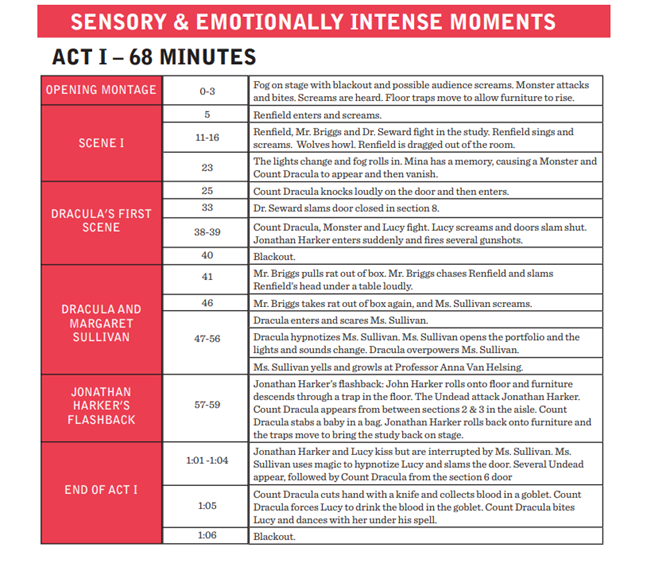 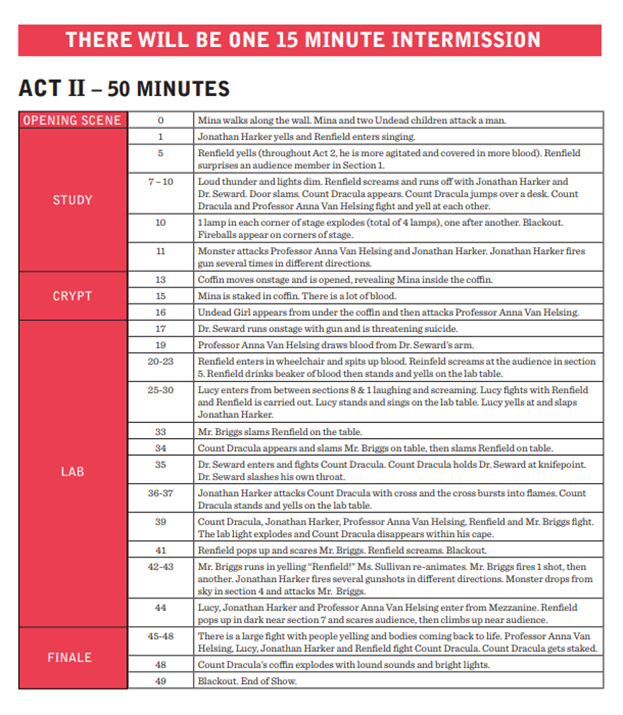 Here are a series of options you have while attending Fifth Third Bank's Dracula.

*If you choose to leave the theatre during the performance, a house manager will escort you back inside at their discretion.

– Use the restroom
– Look at the art in the lobby
– Buy food or drink at the Mezzanine bar
– Before or when the announcement is made, return to your seat to watch the second part of the show.

— If you enjoyed the show, applaud during the curtain call when the actors bow
— Exit through the Mezzanine level Or stay seated until most of the crowd has exited to the lobby and then leave at your own pace