A series created by musicians throughout Kentucky

Louisville Sessions celebrates the vast sound, feel, and artistry of Kentucky’s dynamic music scene. Each session features an artist responding to the moment through an original song and video.

All of the individually released sessions are available to watch through our Member Library, and memberships start at no cost to join.

FAIF gained recognition as a R&B Artist following the release of his captivating single “NO RUSH” in November 2018 and  raunchy “LOWKATION” in May 2019. March 2020 FAIF released “LACEDD” which has caught the attention of R&B Legend Tank, who endorsed FAIF on this single.

• Most recent single “SALSA” on October 29, 2021
• Fallen Tears was originally released summer of 2020 which is personal for FAIF as he dedicates it to loved ones lost.
• Dwn 2Nite Freestyle on November 13, 2020

In April 2019, FAIF was selected by Murda Inc’s CEO Irv Gotti as a winner in the Louisville Tales on BET Showcase. Both of FAIF's singles received placement on Tales on BET.  FAIF also received nominations in 6 Categories in The Kentucky Urban Entertainment Awards.  He walked away as The 2019 R&B Artist of The Year. Most recently, FAIF was awarded The Louisville Tourism’s 2021 Rising Star Award.

On March 3, 2014, FAIF was the sole survivor of a fatal car accident involving his best friend Kerry Benson (Former University of Kentucky basketball walk-on) and Germina Cruz (Louisville Lady Xtreme Dance Team). Following the accident, in the midst of recovery, FAIF started writing music as it became therapeutic for him. The extra push to branch out in the music scene came from his childhood friend/Producer Calvin Roberson (Siah on the Beatz).

Bridge 19 is a touring band based out of Louisville, KY. They offer a sound pallet of moody electric guitars, horns, accordion,
& pedal steel - with rhythmic stylings of Nola jazz meets americana. Vocal harmony is the corner stone, and makes Bridge 19 unique and transfixing. Bridge 19 somehow closes the gap between americana, singer/songwriter, vintage soul, folk, & pop. One of the few bands that you can both dance and cry to. 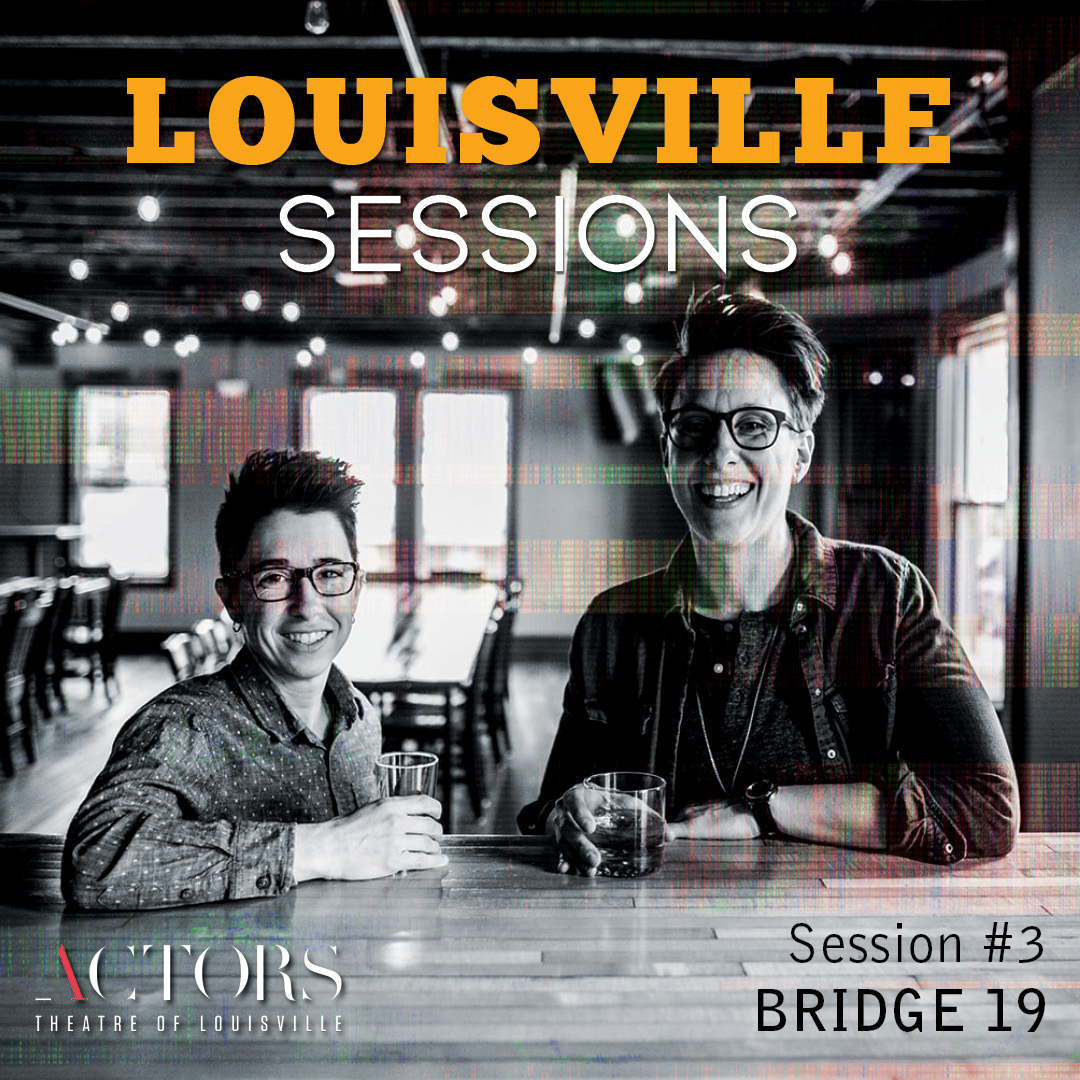 On August 14th, 2014 Chanson launched her independent music career with a full concert which was located at HARD ROCK LOUISVILLE. She is now the first African American female local artist to headline a show at Hard Rock Louisville. Because of this thrilling concert, the songstress has managed to build an empire of dedicated entrepreneurs willing to offer their time and talents to help her become the most successful entertainer to come out of Louisville. She has worked intensely with her brother, Harold Calhoun, (also known as SOLE) artist/producer. He has been producing for her since she was 13 and they have created an amazing debut album titled “ELEMENT”. This masterpiece is a monumental introduction to who she is and what she stands for, women empowerment.Since the 2018 release, the recording studio became a regular place of solitude for Chanson to craft the highly anticipated EP titled STRANGE, set to release in late 2020/early 2021.

On August 14th 2020, she became a full time CEO/founder and manager of Enchanted Boutique and Creative Space. This Frankfort Avenue creative Mecca is something for artists to have access to for putting on shows and selling their merchandise, as well as a whole list of other services/businesses that Chanson has utilized her talents to provide. 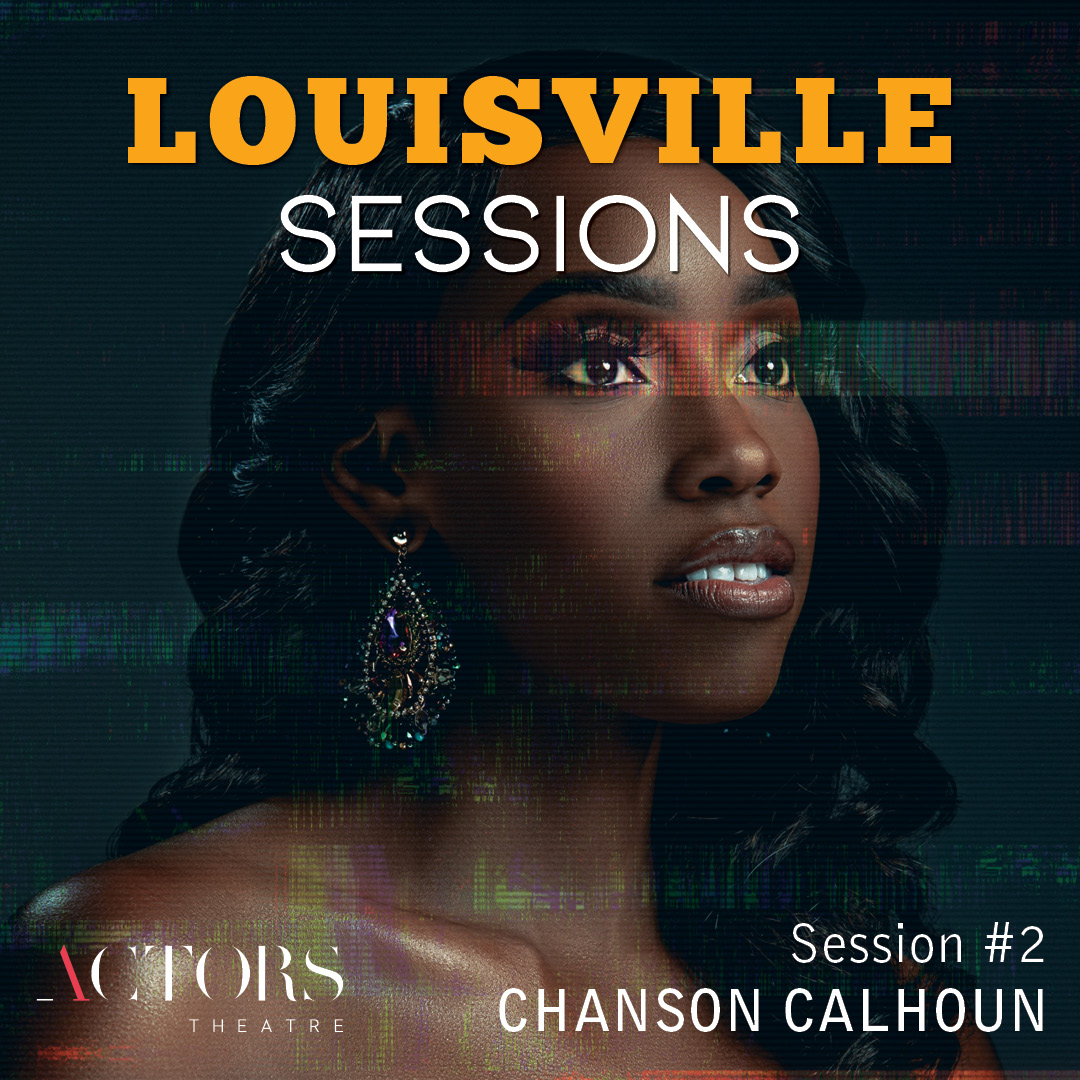 On August 10th, 1997 D’Coryia Cunningham aka “Coyia” was born an artist here in Louisville, Kentucky. She has been writing music since the age of 5. Listening and being influenced by top Hip-Hop and R&B Artists such as Eve, J Cole, Drake, Erykah Badu, Teyana Taylor, and Beyoncé. She uses her upbringing in both Hip-Hop and R&B to create her Lyrical and Melodic approach to music. 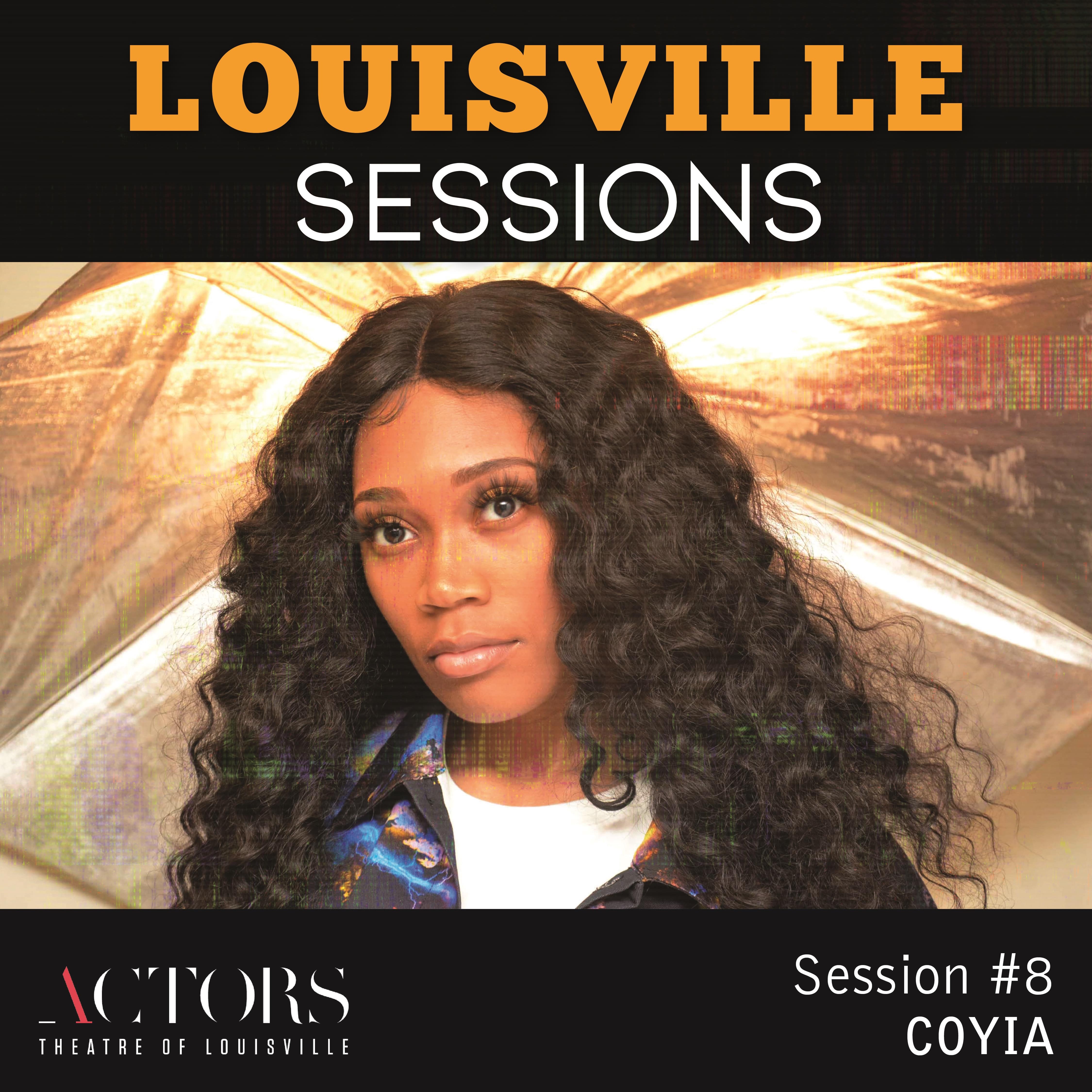 Johnathan "JONJOHN " Johnson is from Louisville, KY. At age 34, he has accomplished many things in his career of music and entertainment. The soultry singer, songwriter, actor, playwright and director is a multi-faceted creative that uses his ideas and concepts to deliver quality entertainment in various platforms. Brought up in the church, where he began singing as a young child; JONJOHN developed his love for the arts- and began writing plays and directing them, as well as the choir. From there, he went on to sing and travel the world at a young age in various choirs, groups and tours. JONJOHN was also a Finalist on BET's SUNDAY BEST- a international Gospel television competition in 2009. He has starred in many stage plays and has also traveled abroad the nation on tours acting. In recent years, he has hosted many events, concerts, fashion shows- and has started a graphic and branding business of his own called "Merge Media" that is very popular locally and among his peers and many entrepreneurs for it's quality work. Johnathan is planning to release three singles this year and a special surprise in the fashion world, as well as a jazz compilation.

Whether ‘Monday Morning’ or Friday night, R&B singer and songwriter Rob Lee is always a mood.  Rob Lee has been a student of music since his youth and it is evident through the maturity of his records.

Hailing from Louisville, KY the singer graduated from the Youth Performance Art School for Vocal and Musical Theatre in 2006.  He continued working on his craft until 2011 where he was able to perform with Smoke E Digglera (Playa, Dru Hill).

For the years to come he continued working and honed in on his sound.  His personal favorites being Brandy, Toni Braxton, TLC, Usher and Luther Vandross. The acoustics of his April 2018 debut album “Art of Flight” burst with perfect high and low notes and a storyline that gives the album a smooth ride from start to finish.

Rob Lee has since opened up for Tory Lanez, Bone Thugs-N-Harmony and fellow native artist Marzz.  He is set to release a number of singles off his newest project “BLACKMALE”.  His first single ‘Happy End’ featuring Marc Dinero is available for Pre-Save on all platforms. 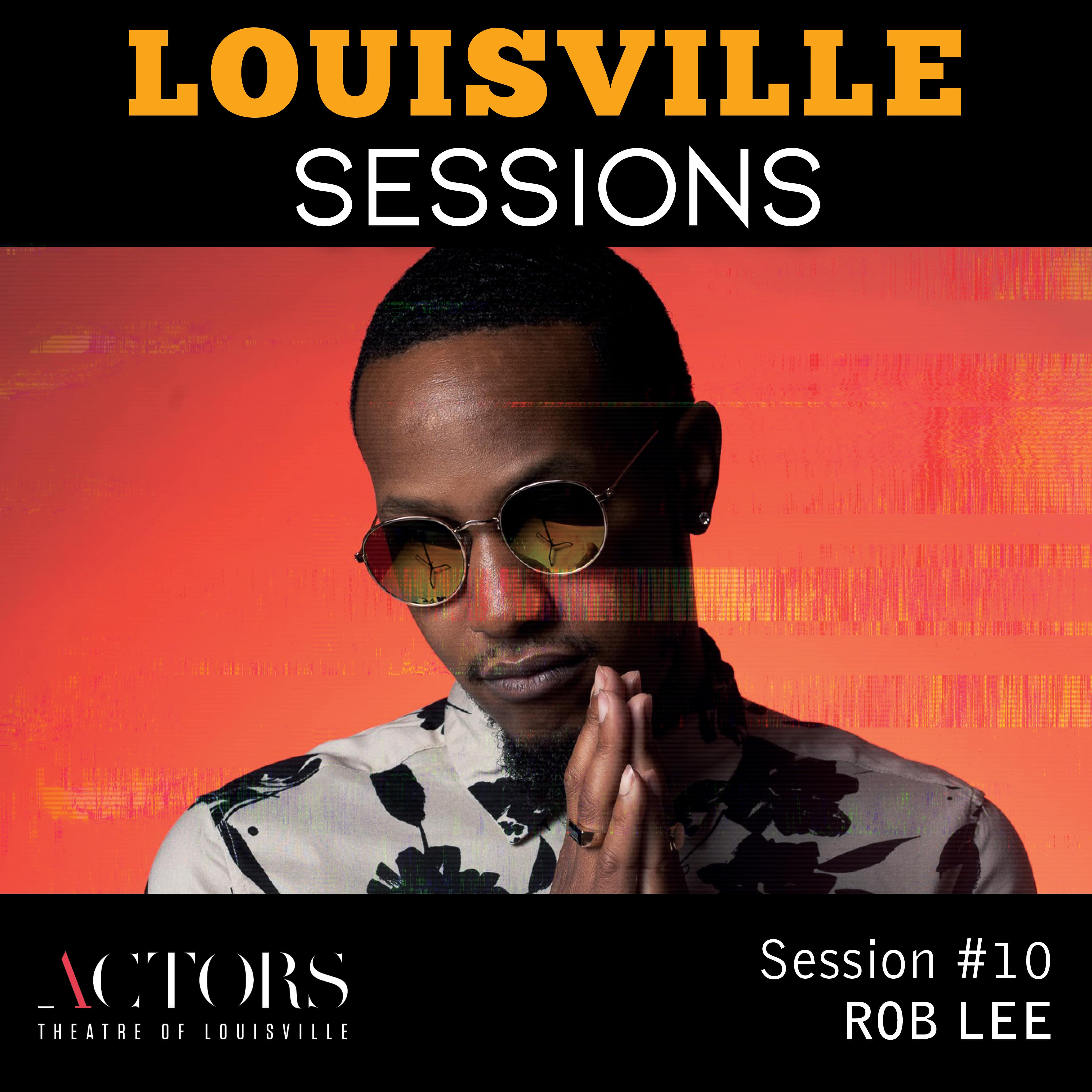 Sasha Renee is a Hip-Hop/Soul artist and songwriter from Louisville, KY. She won the Kentucky Urban Entertainment Award for Best Female Hip-Hop Artist in 2017, 2018 and again in 2019. In 2019 Sasha Renee was also nominated for two Southern Entertainment Awards. She has released two official mixtapes and she most recently released her second studio album which is an EP titled F.L.A.V.A. In addition to being an artist, Sasha is the curator of the weekly Thursday night open mic known as The Louisville Vibe. It is the longest running weekly open mic still happening in Louisville, as it started in February 2015. She has been published in blogs and magazines across the country, has performed on Louisville’s biggest stages and has a forever growing and engaging social media following. 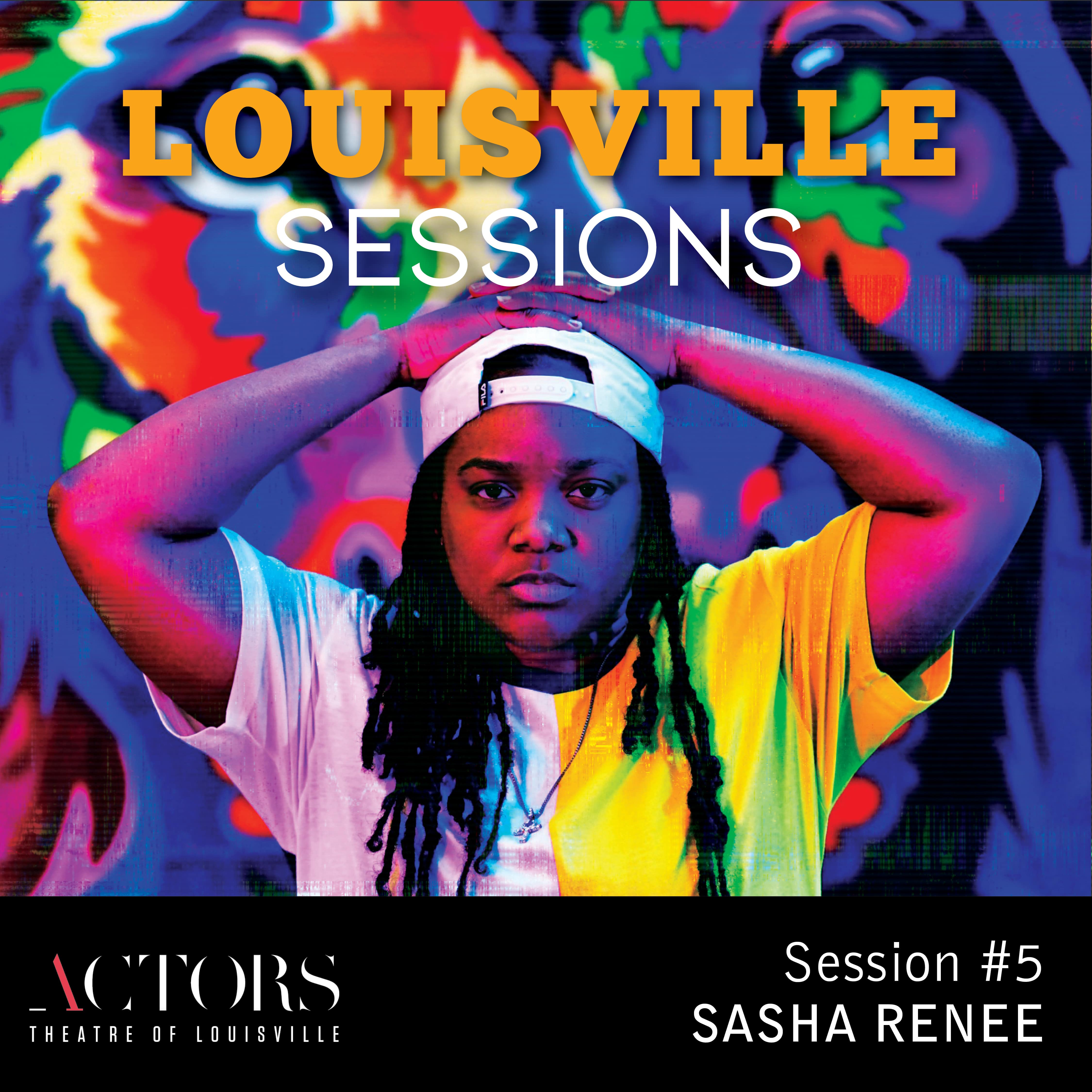 Mixing elements of R&B and soul with their jazz roots, Kiana & the Sun Kings make music that is modern yet timeless, energetic yet contemplative. It is their ultimate goal to make music that dabbles equally in complexity and simplicity, crafting sounds for the jazz player and casual listener alike. In just three short years since their formation, the band gained traction from their beloved home base, Louisville, KY, and spread that love to surrounding midwestern cities and beyond. With the recent release of their debut single “Metamorphosis,” this fiery septet will continue to push the sonic envelope. Keep an ear out for the release of their first EP entitled “Chrysalis” in early 2021.

More From Kiana & the Sun Kings 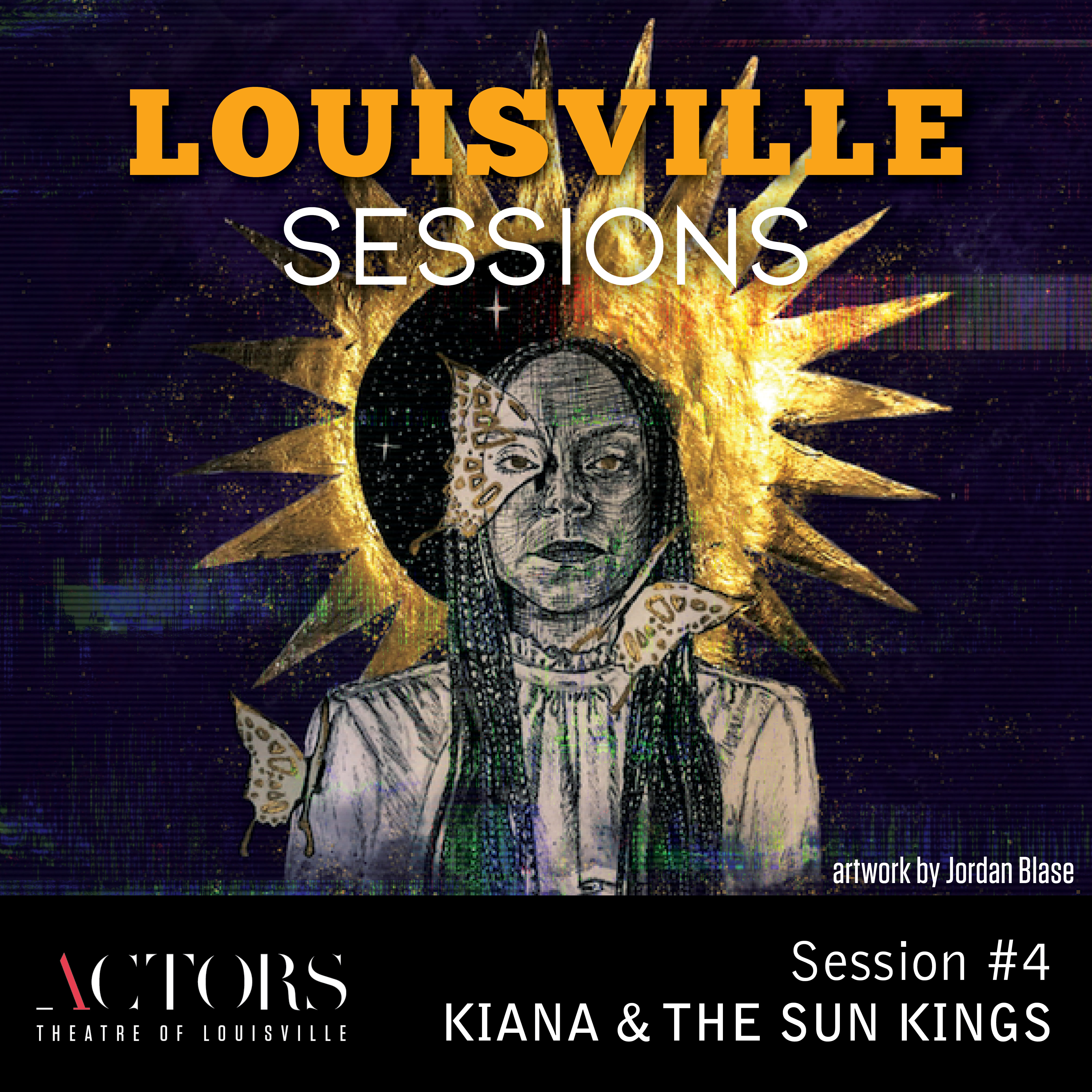 Tez is an artist, host, speaker, and member of Phi Beta Sigma fraternity, and creator of IAmRoyalty Entertainment Group from Louisville, KY. He has been making music since he was a teenager and hosting shows for independent artists in the Kentuckiana area since 2010. The name Tez of 2Deep comes from his commitment to rap group 2Deep who hit the independent industry in 2015 with their hit single My Party My Show. After splitting musically Tez decided to become a solo artist and attach the name 2Deep for inspiration. To help with networking and resources Tez created the group IAmRoyalty. This is a group of artists, photographers, DJ's, model's, and more working together in order to reach individual and group goals. Tez has opened up for many national recording artists including the legendary group Bone Thugs and Harmony, singer Avant, and many more. Tez hosted the Louisville-based radio show WkndwithTez for 3 years before the station decided to close in 2019. In 2019, he released the music project Finally Free which included his hit songs, Can't Worry, Bounce and Wind for me. The following year, He was awarded the Community service award from the AMPED organization and Alumni Brotherhood award of Kentucky from his fraternity, Phi Beta Sigma. Tez and his wife Jessica, also known as Hypewife, started a podcast We Ain't Goals...We're Just Us to help couples with their relationship goals and navigate through current times. Tez intends to release his new album and continue giving content to his fans in 2021. 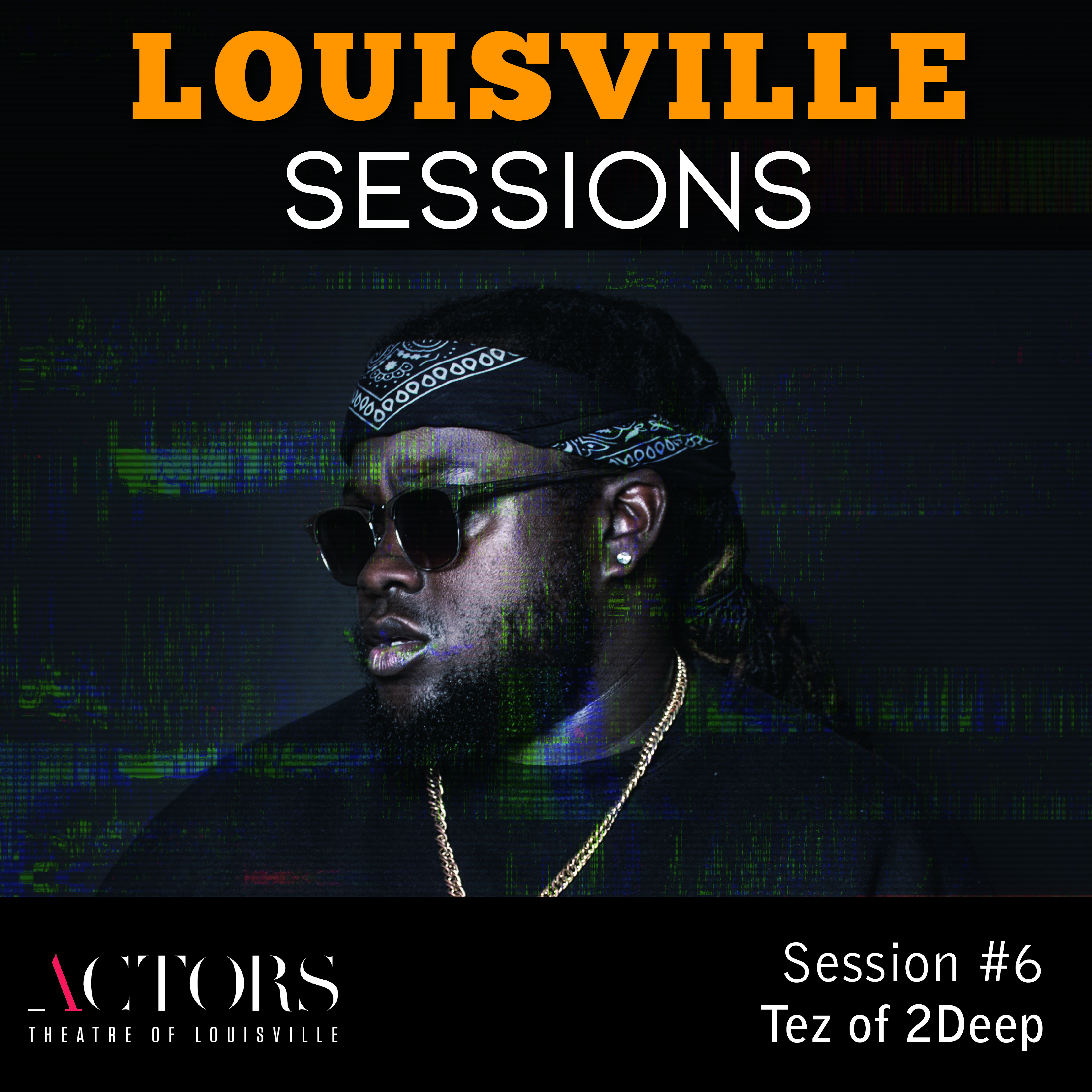 Tiny Tiny began as a solo project for songwriter Boone Williams of Somerset, KY. After releasing a slew of demos and underground recordings, signing with an overseas record label, and constantly reinventing Tiny Tiny’s sonic pallet, Williams went rogue. Fellow Somerset musicians Phillip Claunch and Aaron Todd joined the cast making Tiny Tiny what it is today. 3 friends in south central Kentucky, independently making freaky pop music. They are nice and you can trust them. 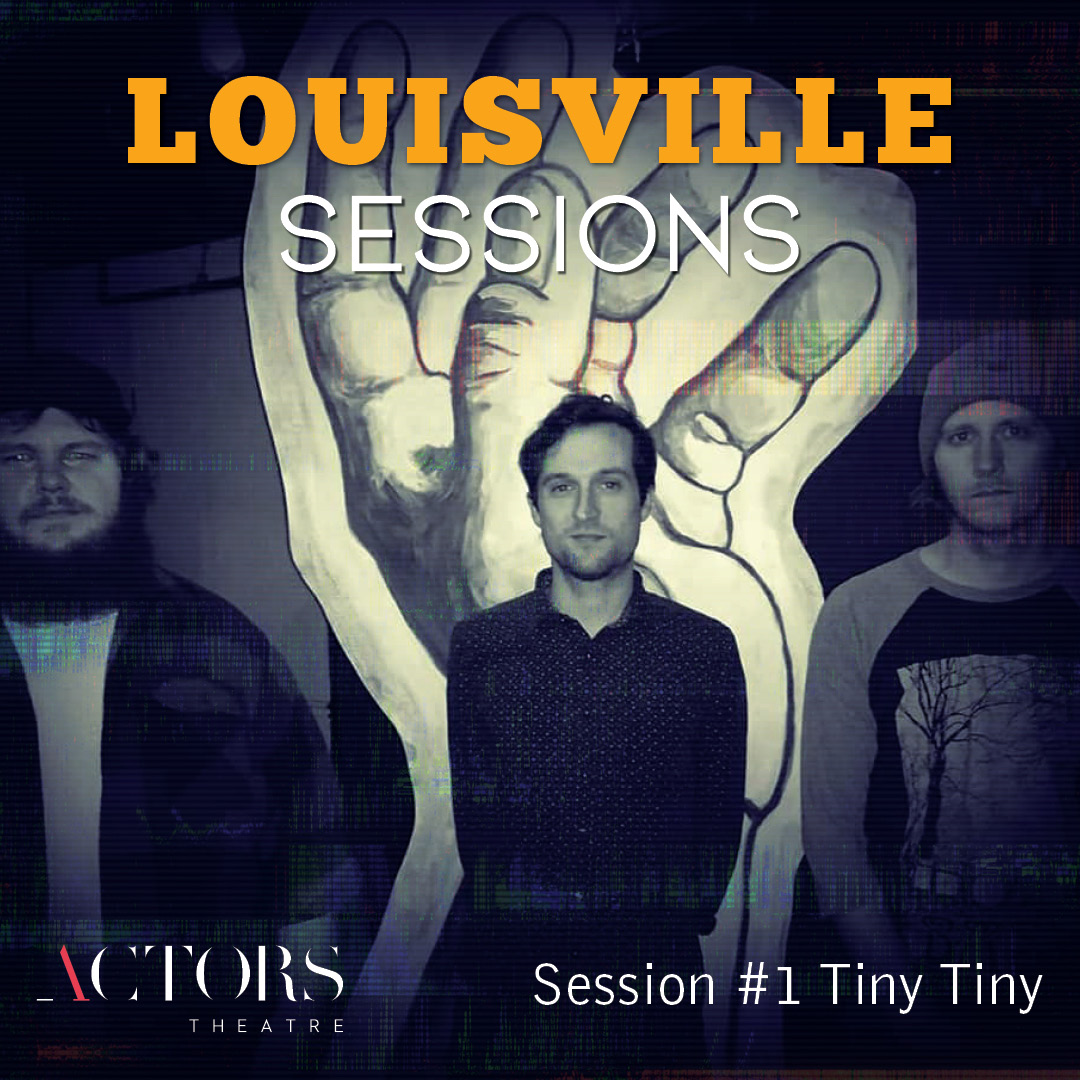 Unusual Heat is the brain child of Louisville singer/songwriter Zach Longoria. In his first solo endeavor this pop/soul sound derives sonic signatures from iconic pop artists that range from Prince to Michael McDonald and cultivates a sound all its own. In collaboration with local producer Casey Powell and a wide range of musicians from New York, Nashville, Los Angeles, and Louisville, Longoria has birthed a Frankenstein amalgamation that is certain to turn some heads and get people out of their seats and on the dance floor. 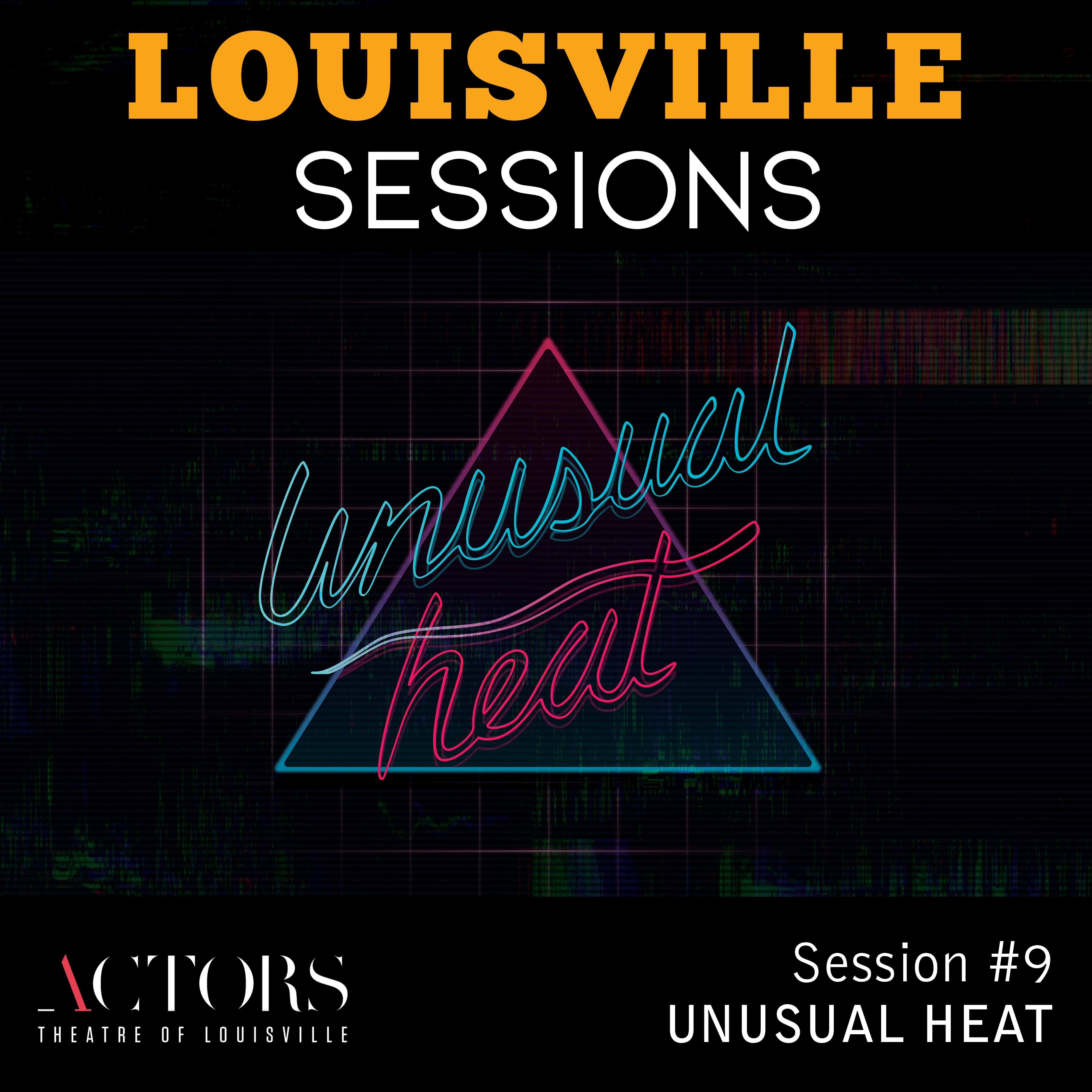 We Appreciate Your Support

They met at the Yale School of Drama, got married, and became parents. He writes songs, she’s a poet and visual artist, and both have navigated careers as Black performers on the Great White Way. Blending Ken’s gorgeous musical compositions and Christina’s stunning artwork and poetry, this lively production celebrates love, joy, and expansive Black artistry.

Where Did We Sit on the Bus?

During a lesson on Rosa Parks, a Latinx kid begins searching for her own people’s place in American history. Performed by a dynamic actress/singer/musician, and infused with a mix of rap, hip-hop, and spoken word, this energetic exploration delves into the experience of growing up in an immigrant family and finding identity in making art.