Get to know the teaching artists visiting your classroom.

Erica Denise, a native of Louisville KY, is an entrepreneur, motivational speaker, singer, song writer, actress, playwright, producer, director, visual artist and youth leader. She is the owner of Erica Denise Entertainment and recently joined Actors Theatre of Louisville as the Director of Learning & Creative Engagement (LACE). Her mission is to give back to the community as much as she can while uplifting, encouraging, motivating, and aiding youth and adults alike strive for their dreams. 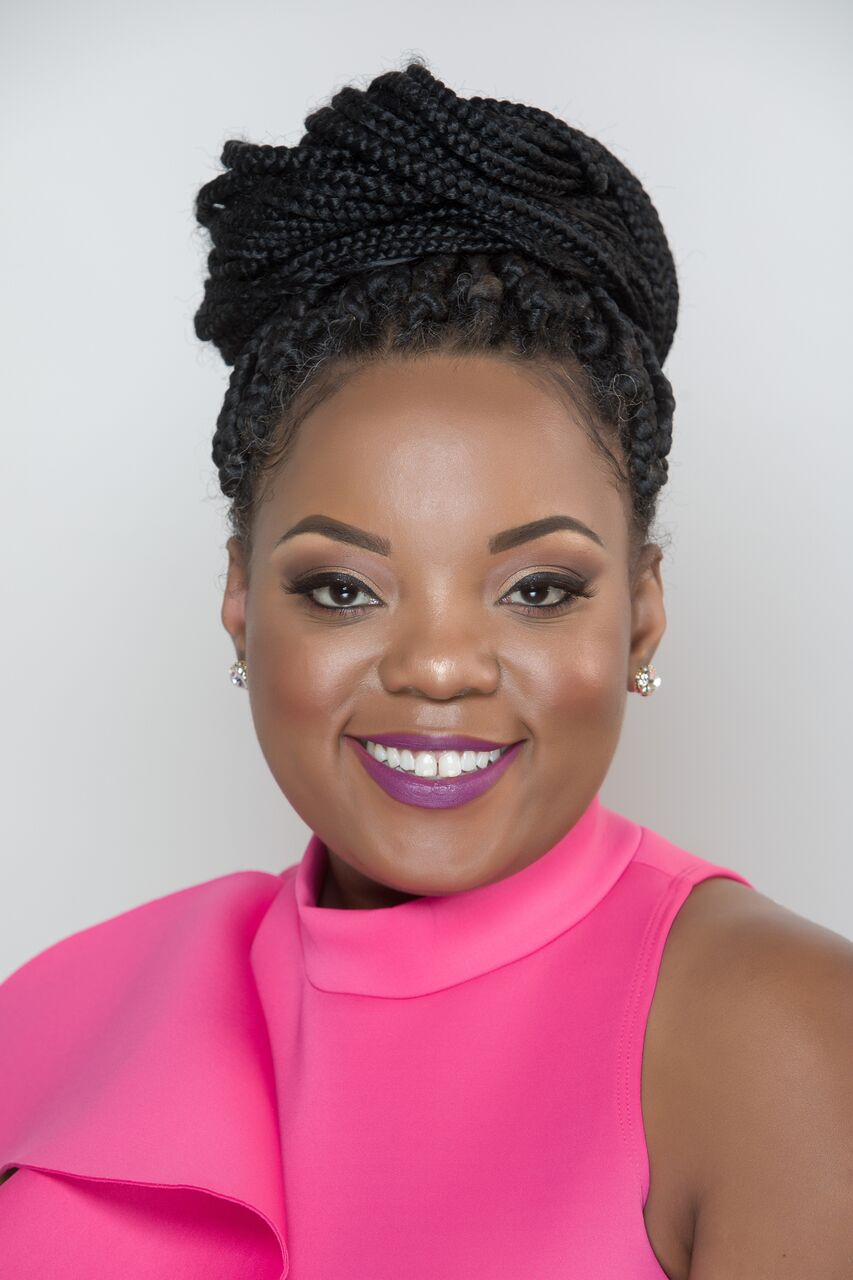 Janelle Renee Dunn is excited to join Actors Theatre as a Learning and Creative Engagement Associate. Dunn, originally from Duncan, South Carolina, is an actor, singer and teaching artist. She has a MFA in Acting from the University of Louisville and a BA in Theatre (Directing) from Berea College. Before joining Actors, Dunn was the Performing Arts teacher at Chancey Elementary. She also taught drama workshops and drama clubs to students for three years throughout Louisville. She also appeared in the title role of a local kid’s touring show, Kylie for President (Drama by George). Janelle Renee was the former Co-Artistic Director for Smoked Apple Theater Group, where she made her professional directorial debut with SATG’s production of Oh Lord! Mamma Done Burnt the Biscuits. 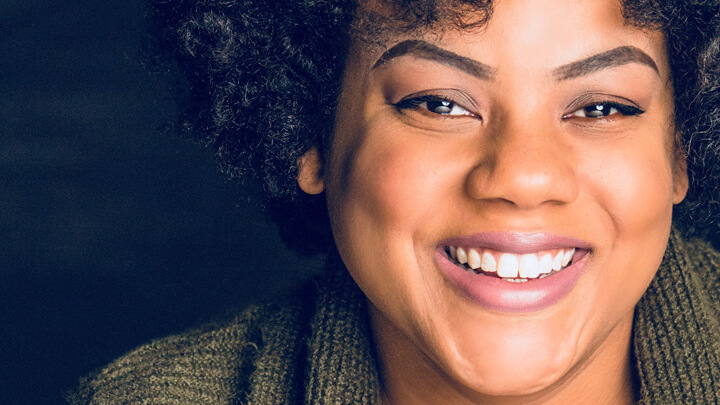 Liz Fentress is an award-winning playwright, director, and actor with extensive experience in professional, community, and educational theatre. In Louisville she acts with StageOne and Bunbury Theatre, and is a teaching artist for Actors Theatre of Louisville’s New Voices program. She also teaches the Online Playwriting Workshop for the University of Wisconsin-Madison Department of Continuing Studies. Liz’s new play Stages of Bloom will premiere at the Public Theatre of Kentucky in Bowling Green in March of 2017, followed by a production at the Bunbury in June. Liz’s play The Honey Harvest won the North American Actors Association annual Playwriting Competition and was staged in London's West End. KET's production of Liz's Circus Story, which Liz wrote and performs, won the National Educational Television Association award for Best Dramatic Narrative. Prior to moving to Louisville, Liz worked at Horse Cave Theatre for 13 seasons as a director and actor, and also served on the theatre’s management team. Later she served as co-editor of World Premieres from Horse Cave Theatre, an anthology of 14 plays by or about Kentuckians. Visit Liz’s website at www.lizfentress.com 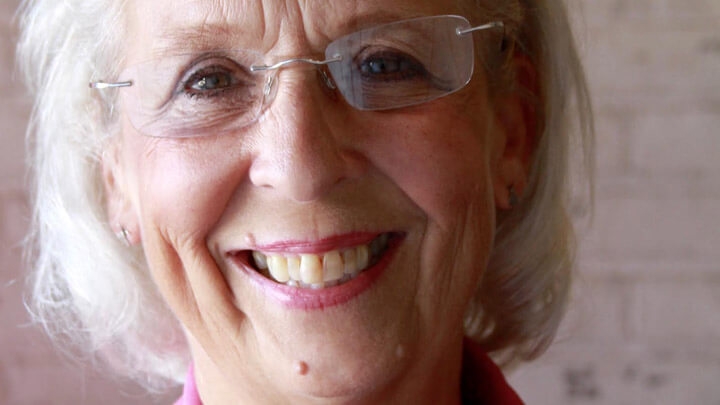 Diana Grisanti is a playwright, educator, and Co-Artistic Director of Theatre [502] in Louisville, Kentucky. She has been an instructor of dramatic writing at Vanderbilt University and Commonwealth Theatre Center. She's given workshops and master classes at various institutions, including Weber State University, the University of Nebraska-Lincoln, Notre Dame of Maryland University, and Indiana Repertory Theatre. She has served as a teaching artist in Louisville, Nashville, Austin, and Cuernavaca, México, teaching every age group from pre-K through adult. Her plays have been produced around the country. In both the classroom and the rehearsal room, Diana strives to build anti-racist, feminist spaces where students and artists can discuss passionately, argue productively, and dream freely. She holds a B.A. from the University of Iowa and an M.F.A. from the University of Texas at Austin. Visit dianagrisanti.com to learn more. 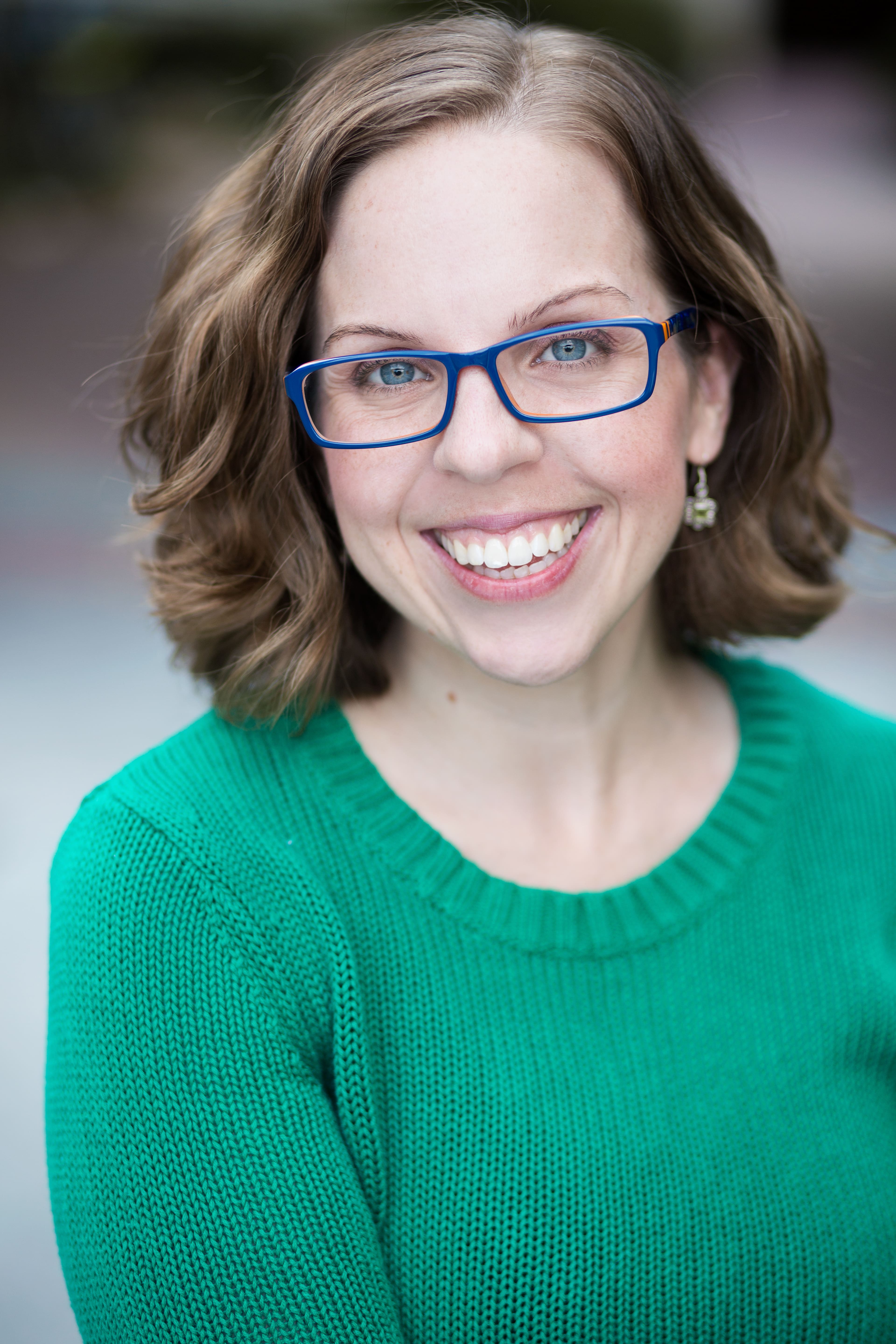 Clare Hagan is a writer and playwright from Louisville, Kentucky. Her short fiction and poetry have been published in a handful of local and national literary journals, and her plays have been featured in festivals and staged readings around Louisville. She graduated summa cum laude with an undergraduate degree in English after studying at Bellarmine University, as well as Exeter College at Oxford University and the Universidad de Salamanca, where she also served as a teaching assistant for filología inglesa. Clare has worked as a children's book illustrator for Fons Vitae publishing, and in 2019, she staged managed Wendy's Neverland, a professionally-produced interactive play performed in three rural Kentucky nursing homes. Like many members of the core artistic team, Clare took on other roles during the production including musician, actor, and visual artist. She is excited to be joining the team at Actors Theatre of Louisville, helping to facilitate New Voices Playwriting workshops. 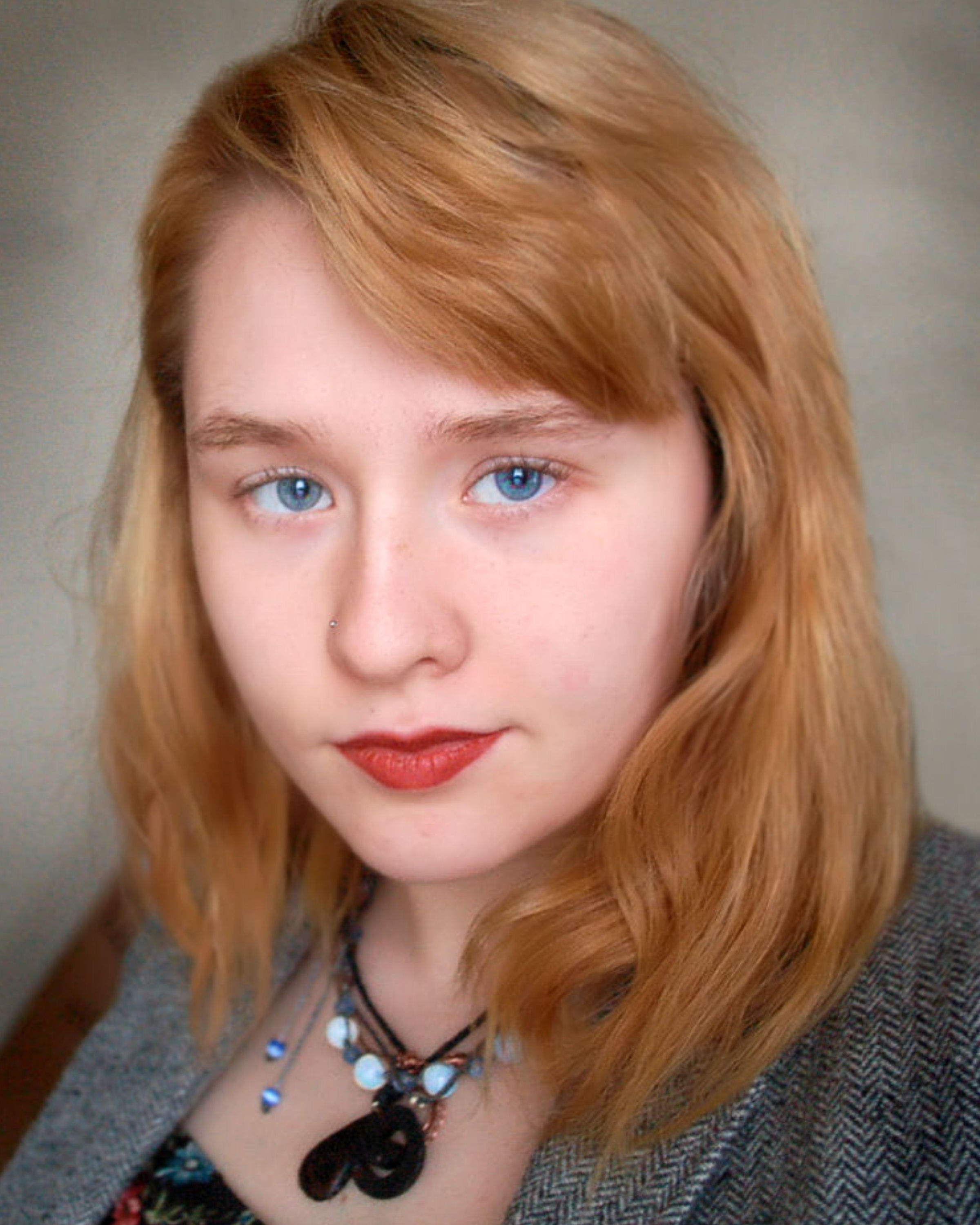 Alyssa Rae Hendricks is thrilled to be joining Actors Theatre as a Teaching Artist. After completing the actor training program at the New York Conservatory for Dramatic Arts, she returned to Kentucky where she works as a theatre artist at community, educational and professional arts organizations. In addition to teaching students of all ages, she is also a director throughout the greater Louisville area, and an actor of the stage and screen signed with Heyman Talent Agency. Alyssa is dedicated to telling compelling stories and investing in the lives of young artists. 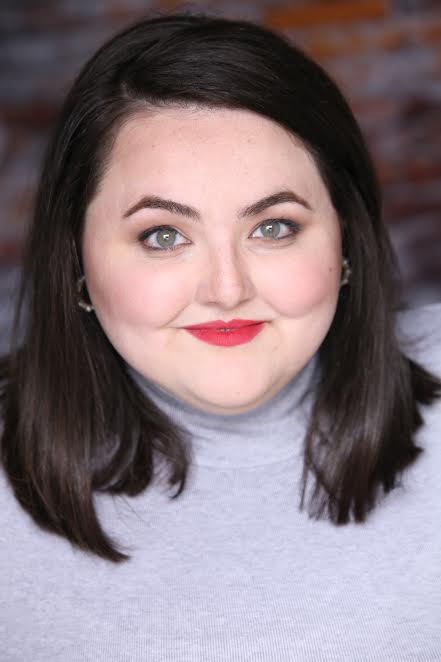 Keith McGill is thrilled to be a teaching artist for Actors Theatre’s New Voices and Living Newspaper programs. He also teaches with Walden Theatre, Kentucky Shakespeare, Shakespeare Behind Bars, and ArtsReach. In addition to teaching, Keith is an accomplished actor, and has appeared in productions with local theatre organizations, such as The Necessary Theatre, Shoestring Productions and Louisville Repertory Theatre. He's also a stand-up comic, having appeared on CMT, BET, and the Bob and Tom Show, as well as performing for Royal Caribbean Cruise Lines. 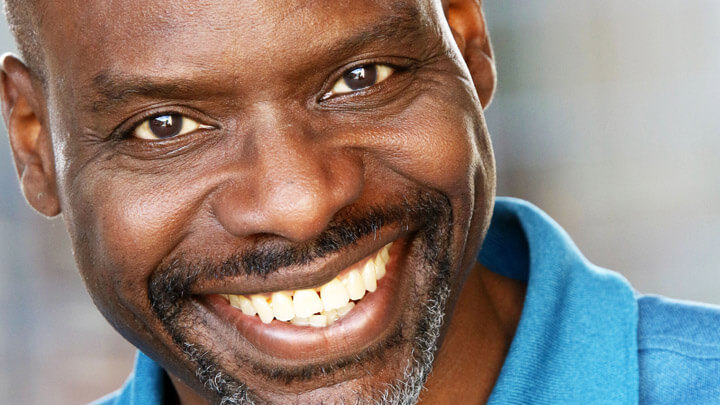 Talleri McRae is a theatre artist, educator, disability scholar, and inclusion/access specialist based in Louisville, KY. Over the last 10 years, Talleri has forged partnerships with theatre artists and educators in Kentucky, Texas, Alaska, California, and Illinois. While completing her MFA for Drama and Theatre for Youth and Communities in Austin, TX, Talleri researched how casting choices apply to perceptions of theatre and disability with young people. As an independent contractor working regionally and nationally, Talleri teaches and collaborates with Actors Theatre of Louisville as well as The University of Louisville, The Kentucky Center for the Performing Arts, The Kentucky Arts Council and The American Alliance for Theatre and Education (AATE). Talleri holds a BS from Northwestern University and an MFA from the University of Texas at Austin. 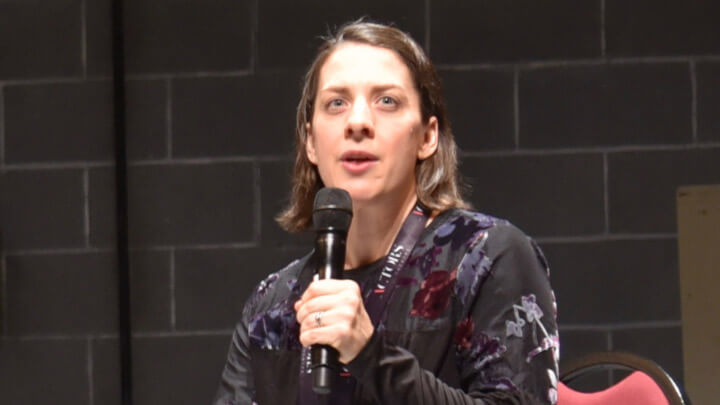 Abigail Miskowiec returns to Actors Theatre of Louisville as a Learning and Creative Engagement Associate, having served as an Education Apprentice during the 2017-18 season. Abigail has worked as a classroom teacher in her hometown of Charleston, WV, and as a teaching artist in Boston and New York. She holds a BFA in Acting and a BA in Journalism from New York University and an MA in Theatre Education from Emerson College. Abigail occasionally acts for stage and screen and received the "Best Actress" Award at the Austin Comedy Short Film Festival in Spring 2017. Aside from her work in theatre, she has published several articles with the Society for American Baseball Research. 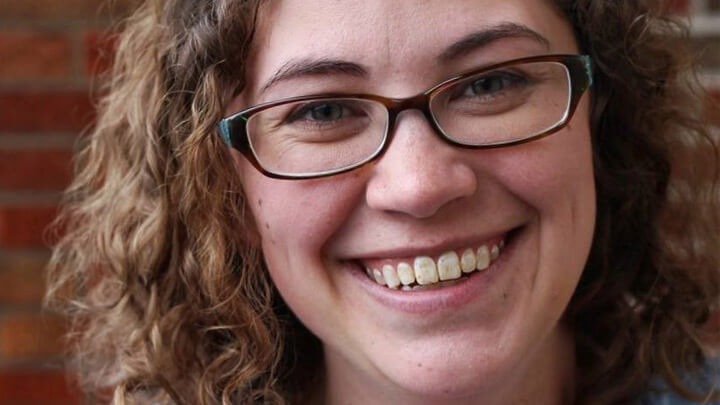 Steve Moulds is a Louisville-based playwright and director, and the Co-Artistic Director of Theatre [502]. He has been a Jerome Fellow at The Playwrights’ Center in Minneapolis, a National New Play Network Playwright in Residence at Denver’s Curious Theatre, a Fred Coe Playwright in Residence at Vanderbilt University, a Michener Center Fellow at the University of Texas at Austin, and an Al Smith Fellow through the Kentucky Arts Council. At Actors Theatre, he’s worked as a playwright, director, and dramaturg. Steve holds an M.F.A. from the Michener Center at the University of Texas at Austin. 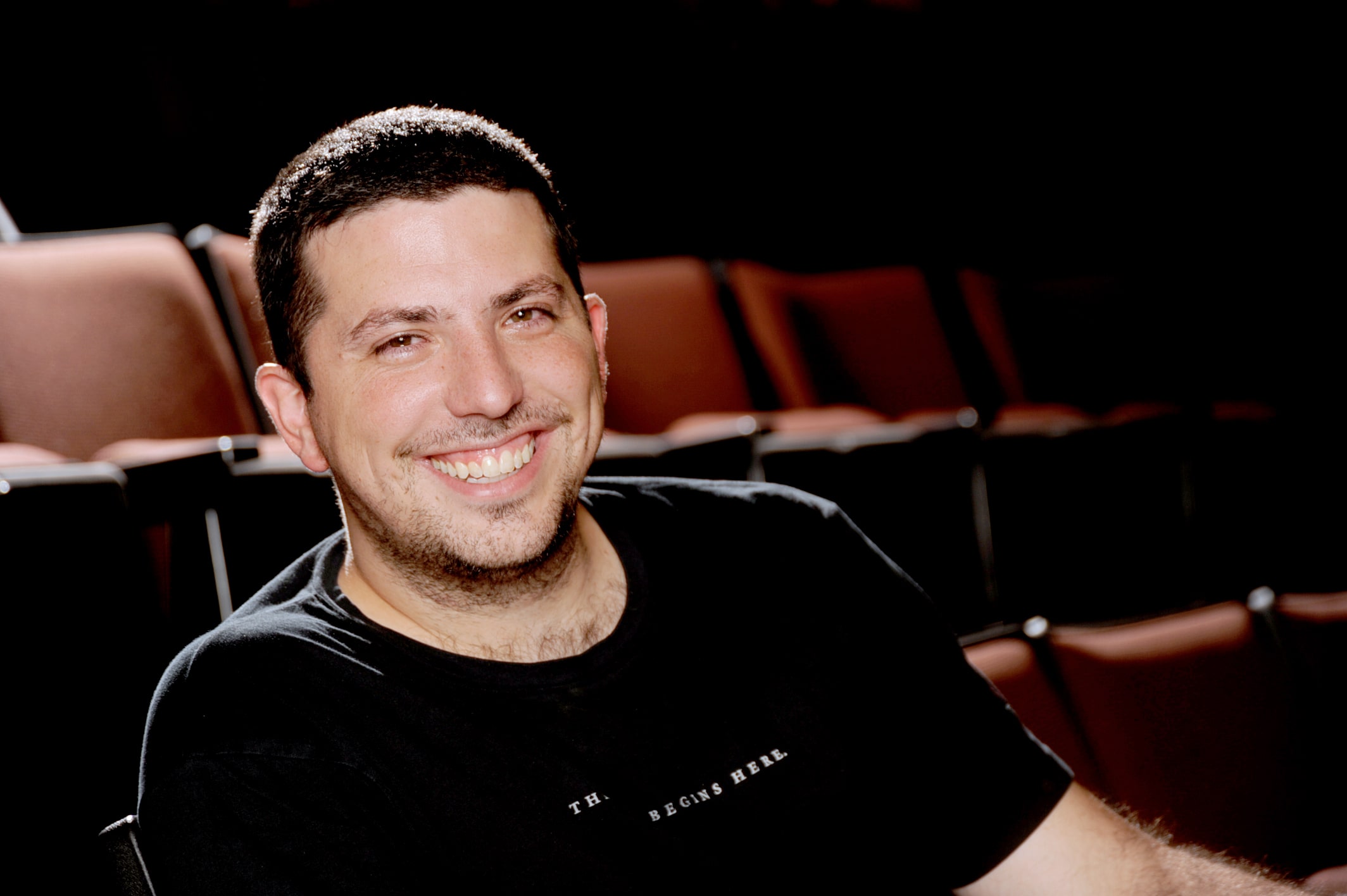 With an enthusiastic passion for performance art, Morgan uses her dynamic stage presence to truthfully convey stories and characters. Her honesty on stage shines. She brings with her a great understanding and respect for the art. She currently is a drama instructor for Sacred Heart School for the Arts and Drama by George. She also is a teaching artist in the department of Learning and Creative Engagement at Actors Theatre. Visit MorganMYounge.com to learn more. 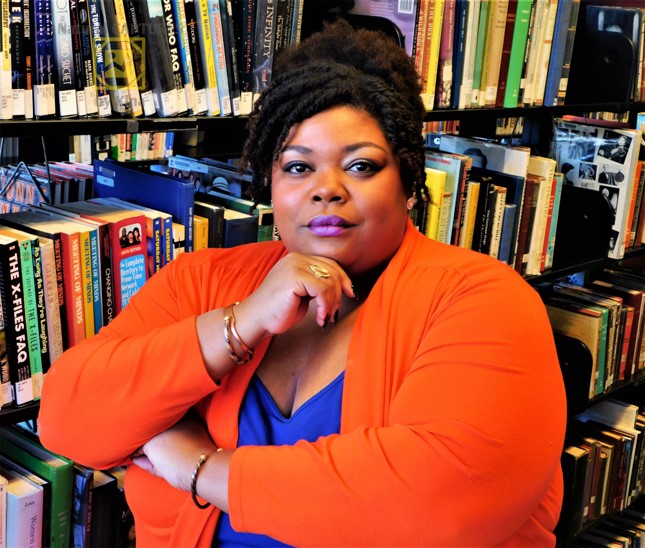